3 Alarming Side Effects Of Too Much DHT

As, with everything in life, too much of anything is not good, especially for humans. When our bodies are running like a well-oiled machine, we usually have the right amount of natural hormones and chemicals being produced. In some instances, an overabundance can occur naturally due to a hormone imbalance or through consumption of vitamins. In either case, there are a number of health related issues and complications that take place when the body begins producing or housing too much DHT. DHT is the chemical hormone that is responsible for hair growth, liver function, and other the healthy functioning of certain tissues. When our systems are out of whack and an overabundance of DHT is present, unpleasant side effects do occur. 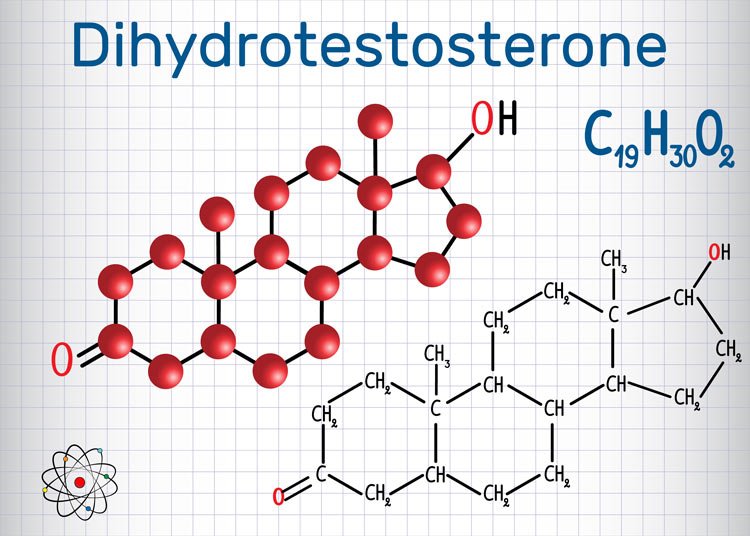 Ironic isn’t it? Though DHT is responsible for the creation of hair follicles and the hair it produces, this hormone, when in abundance actually causes DHT hair loss because hair follicles will shrink until there is no hair follicle for the hair to break out of! DHT is the leading cause of alopecia, and many are under the misconception that this only impacts men since DHT is a male based hormone, but women are also a big part of the percentage of those suffering from DHT hair loss. For men, they, may begin to notice a receding hairline, and for both men and women, a thinning of hair on the back of the skull. To treat these conditions, those suffering need to contact their local trichologist and ask them about Finasteride, a DHT blocker. Learn more about women’s hair loss and alopeica.

Acne is one of the most common skin ailments that many of us deal with at various ages, with the main culprit being hormones. When we get older unfortunately, even in older age, we are still susceptible to acne, except it is DHT related acne. For women, DHT is the leading cause of hormonal acne and this occurs during the process when DHT has caused the hair follicles to shrink to the point that hair starts to shed and then there is massive oil build up. High levels of DHT lead to high levels of oil production in the body. Some areas where the hair is forced out, typically the face and cheek, will begin to breakout in acne.

As previously stated, DHT is a hormone which regulates hair growth, and for women, there are a few other side effects that impact women differently than men. With an excess amount of DHT, woman can lose the hair on their heads and begin growing unwanted facial hair on their faces!  In this case you may want to consider laser hair removal. Talk about an inconvenience!

In all, there are instances where our bodies need a bit of help regulating itself, and that’s why its important to pay attention to subtle and not so subtle cues your body is giving you. Remaining educated and visiting your local trichologist or hair loss specialist is important if you suspect potential DHT build up or any other potential causes for hair loss. The earlier you start the fight, the better the chances of winning your battle with hair loss.