Whether your knowledge regarding hair loss and its solutions runs deep, or pretty shallow, there is a great chance that you have heard of Finasteride, also known as Propecia and Proscar. Being one of the only hair loss products actually FDA approved, finasteride is by far one of the most commonly used medications to combat hair loss. The only problem with finasteride is that not many people are educated about it from its uses to the dangers associated with it as well if taken improperly. We’re here to provide a deeper look into everything you need to know about finasteride! 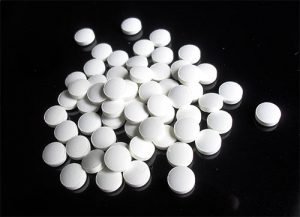 Finasteride, the generic name for propecia, was a drug that was actually developed to treat benignly enlarged prostates, and it wasn’t until the mid 1990’s that they accidentally discovered the use of finasteride in the fight against male pattern baldness! Though there were other treatments available such as vitamins, mousses, and shampoos that claimed to regrow hair, very few were FDA approved, and many were very difficult to administer. With the discovery of Finasteride’s ability to fight hair loss, and its ease in being taken, it quickly became one of, if not the most popular supplement to take when it came to hair loss. How it works is also as interesting as its history.

How Does it Work?

Originally developed to treat symptoms of BPH (benign prostatic hyperplasia), finasteride prevents the conversion of testosterone to DHT (dihydrotestosterone) which is involved in the development of BHP. In addition to its involvement with BPH, DHT can also lead to hair loss in men as we mention in one of our previous blogs. When the body begins producing large amounts of DHT, hair follicles on the scalp actually begin to shrink until the follicle is nonexistent and no hair can grow without a follicle. Since it prevents the conversion of testosterone to DHT, this major cause of hair loss amongst men is averted. As is with any type of drug we allow into our bodies, finasteride does have its share of negative side effects.

Suggested to be taken in 5mg doses, there have been a number of reported allergic reactions as well as side effects when it comes to taking finasteride. Since finasteride has a direct impact on testosterone it is very common for men to suffer from impotence as well as a lack of libido when using any variation of finasteride. There are also a number of other common and uncommon side effects ranging from chills, cold sweats, to bloating, rashes and headaches. In some instances, side effects have been more severe and has been dubbed Post Finasteride Syndrome or PFS. The characteristics range from penile shrinkage to enlarged breast development, and even muscle atrophy. Medical professionals suggest users to stop taking if any of these side effects become aggravated or begin to compound.  With the dangers present, it is highly suggested that you have a deep conversation with a medical professional prior to starting finasteride.

Finasteride For Women Is Just Too Risky

Though FDA approved, it has been strongly advised that Finasteride for women is not ideal.  However, some physicians still do prescribe it on a case by case basis. As mentioned earlier, for men there are a number of simple to dangerous side effects that take place, but for women who may be pregnant, the risks can be even more severe. Women taking finasteride can end up with harm to their fetus and pregnancy overall. Other side effects of finasteride in women (regardless of pregnancy) include depression, decreased libido, and ironically hair loss. Though there are some doctors still prescribing finasteride for women, a majority of our research and most doctors’ opinions leads us to suggest that women should stay clear of finasteride in all forms.